This is Part 4 of a 4-Part Guide I’ve published on Guild Wars 2 PvP & Solo Queue.

Battle of Khylo is another fairly small sized map, similar to Forest of Niflhel, which has respawns close to the Home node of each team. However, it does not include any bosses and is a pure conquest map. 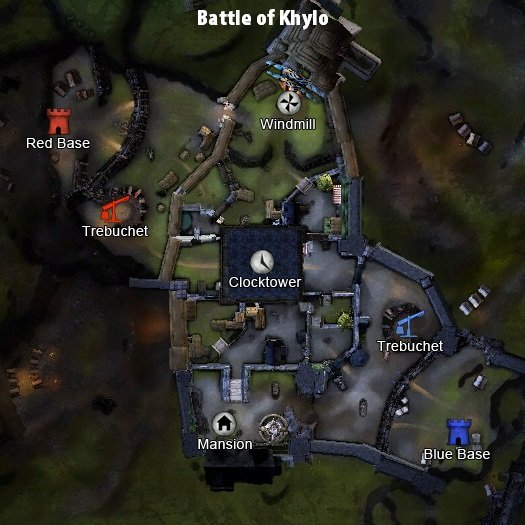 The only side-objective is trebuchet, which is only really worth firing at the middle-point, Clocktower – and that’s if it even hits.

I find in solo queue you should only use the trebuchet in rare cases. There’s a a time and place for it, and that’s because it catches a lot of people off-guard.

You should be aware of Khylo’s z-axis and take advantage of it on the mid-point. I also want to mention that much of this map is similarly played to how Forest of Niflhel is played, but it’s slightly harder to snowball due to the giant Clocktower in the middle obstructing your mobility.

Here are 3 pictures which briefly illustrate the top, middle, and bottom levels of the Clocktower: 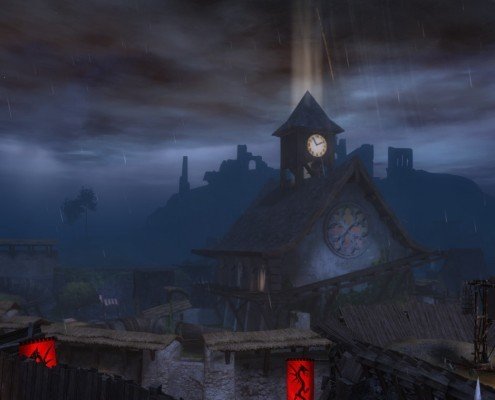 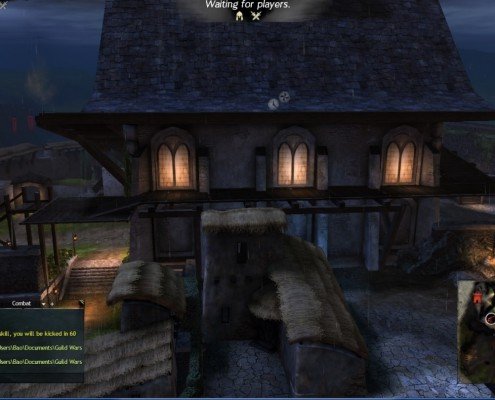 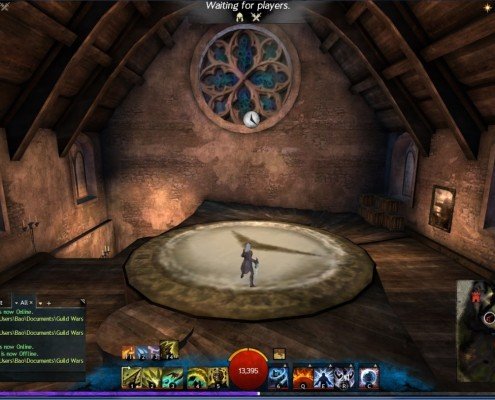 I’m not actually going to go incredibly in-depth with port places on the inside and outside of Clocktower – you can search a Youtube video for that. I know Supcutie has a really good one.

Anyways, I want to talk more about fighting on the point itself.

Clocktower is an extremely important point on Khylo for the fact that it has direct control to the side nodes, Mansion and Windmill, which are both open-field nodes.

This is important because, for most classes, fighting in open-field is different than fighting with Line of Sight (LoS). If you play something like Necromancer it can be incredibly difficult to position when you’re just in open-field. Therefore, whether it benefits you or does not benefit you controlling Clocktower is crucial, just like The Keep is important for Forest.

Simply put, when fighting on Clocktower you should never stand on the point or you’re going to end up dying. In fact, that goes for all capture-points. However, if you ever get in trouble, porting to the top, running to the bottom, or using the rafters on Clocktower are all incredibly useful.

Take note that you should almost never be in a bad position since there are so many places to run around on this map.

Classes like Necro, Dragonhunter, and Engineer are huge on Mid node. The point acts as a wall of protection as well as being small enough for all 3 classes to be able to AoE-down the entire node.

For rotational references just play it similar to Forest of Niflhel for your win conditions and trade between Home and Mid.

Thank you so much for reading this guide if you’ve read through all 4 parts. You can follow my social accounts if you want to get notified when I publish more content like this. I will probably make a video version of ranked PvP Legendary-tier gameplay and commentate through it, so be on the lookout for that!

I may expand on this guide further in the future. In the meantime, I hope this was helpful for everyone. Thanks!

In case you missed any part of my comprehensive Guild Wars 2 PvP Guide, start from the beginning!